It is St David’s day this Friday, Wales’ National Day. But on Thursday Oren’s bookclub is gathering to discuss ‘The Hundred-Year-Old-Man  who climbed out of the window and disappeared’ by the Swedish author Jonas Jonasson. Thus this week’s menu ended up as a fusion between Nordic & Welsh cuisine.

Quite fashionable, something Nordic. It’s clear, crystalline esthetics are conquering the world. The world’s best restaurant, according to in-the-know-critics, is Noma in Kopenhagen, where you are fed whole ecosystems  on a plate. Best crime fiction seems to come from Scandinavia and after being glued to the television for ‘The Killing’, Sarah Lund’s Nordic knitted christmas jumpers were on everybody’s wish list. And it might not be easy to construct, but the simplicity of Ikea furniture has made it to homes all over the world.

My last holiday (3 years ago,sigh) was to Sweden, this time of the year. The sky seemed blue-er then anywhere in the world, providing a clear & crisp light. Dense forests and heavy clean snow & ice gave me the feeling that something exuberant of life was hidden in it.  Nordic freshness with a heavy beating heart is part of the Scandinavian succes story, I think.

I enjoyed ‘The Hundred-Year-Old-Man….’. It fits into a tradition of Swedish literature which has produced some of my all time favourite books.  Jonasson’s book is combination of world history and comic road trip, and made me think of Selma Lagerloff’s ‘The Wonderful Adventures of Nils’. That is the best road trip book ever, published in 1906, about a boy travelling on geese, having adventures in all the provinces of Sweden. The book paints a beautiful picture of regional folklore & life in rural Sweden at the beginnning of the 20th century. 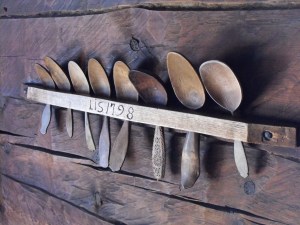 The simplicity of pre-industrial agricultural Sweden forms the backdrop to one of my all time favourites as well, ‘The six Bullerby children’ by Astrid Lindgren. Just the story of day to day life of 7 children on 3 remote farms. A life led by the seasons, which seems so far from these modern times. It might look now that those children were living in a small world, but with their imagination their world might be bigger than that of some children nowadays.

Astrid Lindgren is also responsible for one of my childhood heroes, Pippi Longstocking.  Despite all the technical shortcomings I can see now, I still like to watch the televesion series I was addicted to as a 4-7 year old boy. In honour of this girl of extraordinary fysical strength & human spirit, who showed me as a child the farcical complexity of adult life, a recipe for Swedish Princes Cake.

In these dark days before christmas  I was called home because my dad was near the end of his life.  He died last Sunday, and we said our final goodbyes on December 21st, the day darkness turns lighter again.

I have been able to spend one week with my dad on the last bit of his way. It was hard but I will always be thankful for it. At one point in this week I was making a puzzel in the newspaper. The solution was ‘Every sadness will turn into a sweet memory in the end’.

That made me think of rosemary. The ever fragrant rosemary is a symbol of memories of love and friendship. In Mediterranean countries it was traditionally used at weddings and funerals. It is mentioned in Shakespeares Hamlet as the herb of remembrance.

For me poignant is that you have to do something to smell it, it releases it’s scent through touch.

I put a recipe for Rosemary Buttercake in ‘Hemelse Spijzen’, the book I had the pleasure of writing with Tini Brugge, in 2004. It will be on the menu this coming week. I hope it releases your own sweet memories, maybe when you think of this year gone by.

(it is called Buttercake but think Shortbread when you make it)

Mix butter & sugar to a creamy mass. Add the rosemary and ground almonds and sieve in the flour. Mix to a smooth pastry. Bake in a round tin, 2o mins on 170 in a preheated oven. Take the tin from the oven and make wedges by cutting with the blunt side of a knife into the still soft cake. Sprinkle with the sugar and leave to cool.